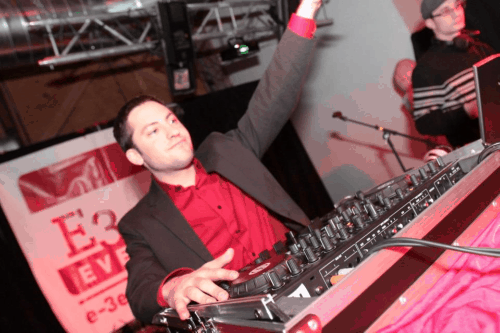 I often talk to you all about my travels, adventures, and bank accounts. I often keep most of the rest of the “personal” out of this personal finance site. I thought I would share some little known facts about Eric so you know more about the guy behind the keyboard.

Travel is My Favorite Thing in the World

This one might not be a big surprise to you, but I love traveling and don’t mind spending a lot of money to do it. I have been to 19 countries and 33 states. I want to go to every state in the US and every country I can safely visit.

I have plans to visit state 34 (Louisiana) in April and hopefully country 20, 21, and 22 in the fall (Spain, Portugal, and Gibraltar), though that trip is in very early planning stages. As of this moment, I have my next four trips planned. I am going to Fayetteville, AR (visiting my sister), New Orleans, LA (New Orleans Jazz Fest), Omaha, NE (Berkshire Hathaway Annual Meeting), and back to Fayetteville (sister’s graduation) all before the end of May.

I Love to Party

If you know me in person, you know that I might casually mention that I am a DJ. I am into dance music and night clubs. I have a free dance music podcast and am always looking for my next gig in town. I love to combine this with travel. In my last trip to Europe, I visited the Ministry of Sound in London and Escape in Amsterdam, to name a couple.

I have seen Tiesto, Paul Oakenfold, The Crystal Method, Sydney Blu, Sharam, BT, ATB, Skrillex, Nero, and many more over the last couple of years. Tiesto inspired me to take the jump and buy my DJ equipment. On Christmas Eve, I had my biggest gig yet. I played at the annual Denver Heebonism party for about 600 awesome people.

I Was Once in a Very, Very Serious Relationship

I dated a girl for four and a half years. We broke up about two years ago, and I can’t lie that the breakup sucked. I even wrote my own guide: 10 rules for heartbreak.

That relationship taught me a lot about myself and what I want in a future relationship. I also gave up the whole partying thing for the most part while dating her, and I have made sure to make up for lost time ever since.

I am not sure what it is that grosses me out about things like sour cream, ranch dressing, mayo, and alfredo sauce. Whatever it is, a restaurant can expect to have something returned if I get a creamy surprise. However, I do like whipped cream, particularly on hot chocolate with Bailey’s.

I Worked at Scout Camp

I spent seven summers working at Boy Scout camp. I am an Eagle Scout. I have my Vigil Honor in Order of the Arrow. I am a super Scout. In fact, working at camp helped me earn a scholarship that gave me a full ride for my undergraduate degree.