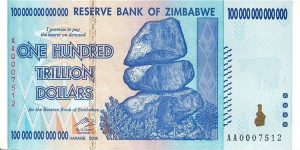 Has your grandparent ever told about the good old days when you could buy a gallon of gas for a quarter?  A good meal at a restaurant was $2.00.  Do you wonder where those prices went?  Inflation.

Inflation is the systematic devaluation of currency due to an increase in supply or decrease in demand for that currency.  While the average price of a new house was $8450 in 1950, the average income of an American was $3210.  Prices might have been lower, but incomes were lower as well.

Each year, our money becomes worth a little less.  Some years, it becomes worth a lot less.  This is caused by a chain of events linking to a nation’s central bank, such as The Federal Reserve or European Central Bank, and government policies.

Any type of decision regarding the flow of money in the economy is called monetary policy.  When the Federal Reserve sets the target interest rate or decides how much cash to print and circulate into the economy, that is part of the government’s monetary policy.

Today, the national debt of the United States is a little of $13 trillion dollars.  See the Debt Clock for a real time snapshot.  The government has to pay off the debt somehow, and the easiest, though least responsible, way to do that is through a devaluation of the dollar.  If the Federal Reserve printed out $13 trillion one dollar bills, we could pay off the debt instantly.  However, there are big ramifications.

The best example of this can be seen by looking at the price of a retail item.  Let’s say a loaf of bread is worth $1.00 today.  Let’s also assume that there are $10 trillion dollars out in the economy (this is really, really low).  If the government were to print $10 trillion new dollars, everything in the economy would have the same value, but the dollar would be worth less.  Because there were $10 trillion and now there are $20 trillion, the price of everything in the economy would double in dollar terms.  That $1.00 loaf of bread will now cost about $2.00.  In other words, each dollar would now be worth $.50 in terms of old dollars.

If you follow economic news, you have surely heard of the Asian Currency Crisis or the Argentine Economic Crisis.  In the Argentina crisis, which took place from 1999-2002, the government issued so much debt that it could not afford to pay anymore.  This is like someone defaulting on a mortgage, credit card, and car loan all at once, but on a national scale.

Because Argentina controls its own currency, it could just print money to fix its financial situation.  However, there were both short and long term impacts of printing money.  In 1989, annual inflation in Argentina reached 5,000%.  That would mean that a $1.00 loaf of bread would cost $50 at the end of the year.

Inflation is healthy for economic growth.  It is a symptom of people getting annual raises, home prices increasing, gas prices rising, food costs growing, and business revenue growing.  We all like to earn more money, but inflation is a result of that.

When inflation is out of control, it is horrible for economic growth.  In 1984, Israel was in an inflation crisis.  In that time, people did not save any money for retirement.  They would not put money in the bank.  They would cash their check immediately and go buy staples at the store immediately.  At over 300% inflation in some months, the price of bread could literally double overnight.

Doing business or traveling outside of the country becomes very expensive when your currency is dramatically losing value.  In the first example above, your US Dollar might be worth one Euro today and one half of a Euro later.  That makes traveling in the Eurozone expensive.  That impact would be felt with every single currency in the world that does not peg to the dollar directly.

A farmer selling its product outside of the Untied States or a manufacturing company that exports its product would both be devastated by this inflation.  Income levels in terms of local currency would drop dramatically.  However, holding a foreign currency could protect them from losses.

What Does This Mean To You?

First off, don’t panic.  If you live in the United States or Canada, you are pretty safe from a dramatic inflation crisis.  In the US, we will likely see continued low level inflation for many years to come, with a slight increase when the government makes moves to pay off national debt more aggressively.

If you live in the Eurozone, you have a bit more to worry about.  With Greece on the brink of bankruptcy, other countries, such as Germany, are helping pay for Greek debt.  As currency supply and debt levels increase, the value of the currency will decrease.  However, I don’t think any Western nation has to worry as much as Zimbabwe, which released a 100 trillion dollar bill in 2009 (see picture above).

I am sure I confused a lot of people with this lengthy look at inflation, so I am happy to answer any questions in the comments.