I worked hard to pay off my car loan in half the time, my student loans in two years, and the only debt I have left is my mortgage. That is something my friend Steve Stewart and I don’t have in common. As of next week, he is completely debt free. In celebration of his mortgage payoff, he is sharing his story and payoff advice on some friend’s sites. I am thrilled to be the third stop on the mortgage payoff tour!

My wife and I are challenging the status quo: We are paying off our mortgage early! Most people say “Take out a 30-year mortgage and pay it like a 15”.

We decided to take out a 15-year mortgage and paid it like a 13 instead. That’s a joke, but you get the point.

We did some things to pay ahead and save about $6,000 in interest along the way.

Did we kill ourselves to get it done? No, but we have lived a lifestyle that others have paid dearly for in the way of installment loans and credit card debt. Instead, we chose to pay ahead and get rid of the mortgage early too.

Here are 5 steps we took to pay off our mortgage early:

The first thing my wife and I did was to begin spending wisely. This involved a monthly budget and setting goals.

The budget made it really easy to see where our money was going – and where it was hemorrhaging! We spent a lot of money on groceries, eating out, and entertainment. Who doesn’t?

After looking at our spending habits, we were able to pivot in certain areas and created margin in our budget.

2) Pay off all consumer debt

This seems like a side step or a distraction, but it’s really not. It’s hard to pay extra on a mortgage when you’re still servicing two car payments and a student loan.

We focused on closing credit card accounts, paying off the cars, and getting rid of any other pesky loans that got in our way of shoveling money to our next financial goal.

This one is HUGE, but nobody thinks it’s important. After paying off our debt we made sure we’d never fall back into it again!

The goal here was to maintain cash flow by saving up for large purchases and expenses that sneak up on us when you aren’t paying attention. You know what I’m talking about 🙂

Once again, we weren’t actually sending money to the bank to pay off the mortgage, but it certainly kept us from going back into debt for a car, vacation, or even the kitchen remodel we did in 2009.

4) Send any extra money by the end of the month

Our improved cash flow from spending wisely and eliminating debt payments allowed us the margin in our budget to send money to pay down the mortgage.

Don’t get me wrong; there were other things that came before paying off our house. Some of our money went towards retirement and my daughter’s college savings first.

This may seem anti-climactic or disappointing since you are reading an article about paying off a mortgage early, but it’s the best way to maintain a stable lifestyle and keep your sanity during this loooooong race.

Finally: Any money left over went to pay down the mortgage principle, including bonuses and those magical months when we received three paychecks instead of just two.

5) Use TV time to create a side hustle

It’s amazing how much brighter the day is when you give up the nightly news and reality TV.

Don’t get me wrong, I still watch some shows but the time spent vegging in front of a tube is done with my spouse (and a few episodes of Steven Universe with my daughter – she loves that show!)

Over the past decade I started spending more time reading, learning, and working towards building up my coaching practice. Instead of consuming television commercials I am generating income by helping people learn what we did: Kill off debt and rebuild net worth.

This goal was so serious that I took a seasonal job at a large department store this winter. Not only was I earning some extra money in my free time but I lost about 15 lbs.

Work is hard, but it’s also good for generating income. All that income went towards paying off the mortgage early.

On December 14th, 2015 my wife and I are going to the bank to pay off our mortgage. The rest of our day will be spent at one of the local wineries and talking about what we are going to do when we won’t have a mortgage.

There are certainly other ways to pay off a mortgage early. I’d love to hear about them in the comments below. How are you accelerating your mortgage payoff?

Steve Stewart has been teaching and encouraging others how to eliminate debt and build wealth for almost a decade. This year he left his day job, used cash to buy a car and new windows for his house, and is paying off the house as a Christmas gift to his wife. You can find out more about Steve, his blog, and his new podcast “No Debt, No Credit, No Problems.” 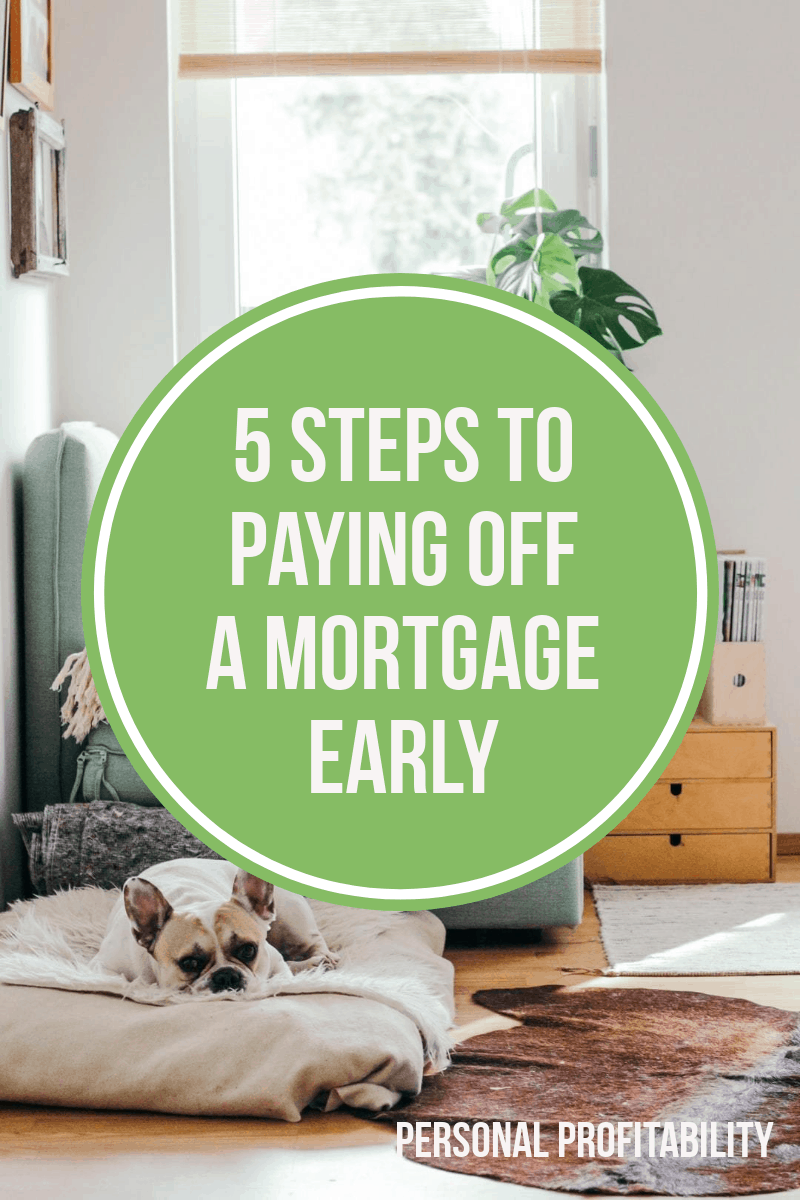