Last year at the Berkshire Hathaway annual meeting, Warren Buffet explained his theory on acquiring a company with cash compared to acquiring the company with stock. He made a very interesting point and it is important for investors to understand the difference. 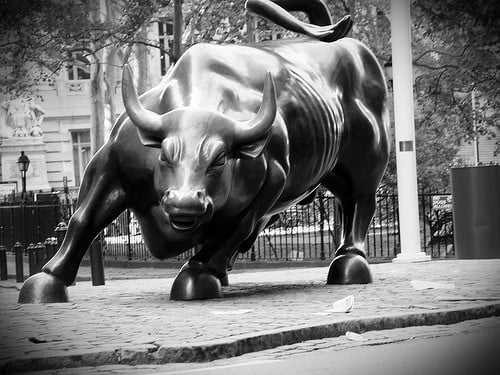 Cash acquisitions are fairly straight forward. The purchasing company saves up money over time and uses that cash to purchase another company. When this happens, the shareholders of the first company retain the same ownership percentage of the original company.

The biggest changes that happen for the acquiring company’s investors appear on the balance sheet. Cash and short term assets are decreased and an increase in goodwill. The acquired company’s assets and liabilities are all incorporated into the acquirer’s balance sheet.

The acquired company’s investors are all given a cash payment for the agreed upon closing price and have the option to invest in the new company or use the cash for anything else they choose. They are bought out and are no longer shareholders in either company.

Here is an example of an all-cash buyout from the Wall Street Journal.

If a company issues new shares of stock for an acquisition, the ownership in the original company is diluted. This is a complex topic, so I am going to walk you through it with a made up example.

Let’s say that each company has 100 shareholders. Each shareholder owns 1% of the company. Company A decides to buy Company B in an all stock transaction. To do so, it is going to issue 100 new shares of stock.

While, assuming the assets of each company were similar, each owner has the same shareholder’s equity on the balance sheet, they own 50% less of the company than they did before. Their votes at the annual meeting are worth less, and they have less control and less of a stake, proportionally, than they did before.

This is not necessarily a great deal for the investors of Company A. Unless the share price of Company A increases dramatically, which is always the goal but does not always happen, Company A shareholders got the bad end of that deal.

Sometimes a company wants to do an all cash transaction, but it does not have enough cash on hand to buy the second company. In this case, the board of directors may authorize the issuance of debt to finance the costs of the transaction.

In this case, the owners of the purchasing company retain their proportional ownership, but new debt is added to the balance sheet reducing shareholder’s equity. Assuming the purchased company has healthy financials, the added assets will form a stronger company.

Leveraged Buy Out – The Infamous LBO

Leveraged buy outs, known as LBOs in the finance world, were a popular buyout method in the consolidation boom of the 1970s and 1980s. The most famous example is the leveraged buyout of RJR Nabisco, which was chronicled in the excellent book Barbarians at the Gate and the movie of the same name.

In an LBO, the purchasing company uses the assets of the acquired company as leverage for a large debt issue to cover the cost of the acquisition. In theory, this could be a great tool used to bring two solid companies together for a stronger combined operation. In practice, however, it was often abused to make board members, executives, investment bankers, and lawyers very rich while providing a negligible benefit to investors.

As was the case with RJR Nabisco, it was later revealed that the board members and executives involved were receiving ridiculous benefits, kickbacks, and perks at the cost of the shareholders. LBOs have fallen dramatically in popularity and the buyout process has many more regulations and oversight to ensure the transaction is a good deal for shareholders, not just corporate executives and Wall Street bankers.

My last job was at a company purchased by another in an all stock deal. When we were purchased, the synergies (i.e. layoffs and cost savings) had great potential. The company is in full merger mode bringing together the assets and staffs of the two companies.

As a shareholder, I received .1667 shares of the acquiring company (NYSE: CTL) for each share of the original company I owned (formerly NYSE: Q). You can read about this deal for more information.

I know this is a dense and complicated topic, so I am sure someone out there has a question. Lucky for you, I have two finance degrees and once wrote a lengthy research paper on the development of private equity and venture capital in the United States. I am happy to answer any questions you have on this topic in the comments or by an email through the contact form.