A few months ago my wife and I moved about 1.2 miles from a rented condo into a house of our own. We stayed in the same zip code, so we figured moving our utilities to our new address would be simple and straightforward. Not surprisingly, the only place we ran into problems was with Comcast. After we got our service moved, our bill went up 50%! Obviously, this was not right, so we made a few phone calls. 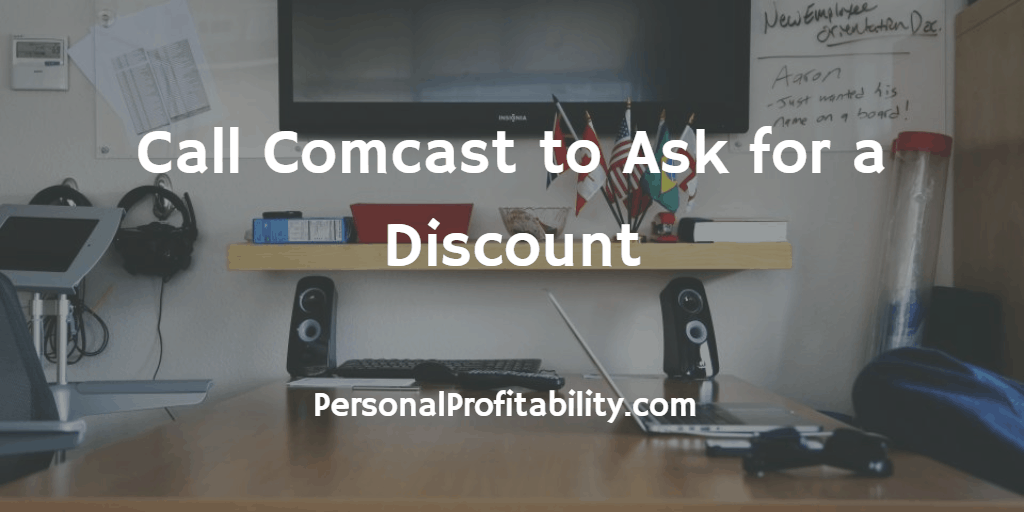 When we were getting ready to move, I called Comcast to move our service because I had an error on the website. They first told me that my new house did not exist in their system (it is new construction), and could take a week to add, and I could not schedule an appointment until it was added, which could take another week or more. That’s just crazy and bad customer service, but it was not what led to our billing problems.

When we moved our service, we asked for the exact same service to be moved. With that, we expected the same bill each month outside of a one-time setup fee to install service at our new address. But that is not what happened when our bill showed up.

Instead of the regular $44.99 we had been paying for our internet only service, a $66.95 bill was charged to our credit card (I use an Ink Plus card from Chase for Comcast to get 5 miles per dollar spent). That is a 50% increase!

Clearly, that was not right, so I called the horrible pit of despair that is Comcast customer service.

My first call to Comcast led me to a non-native English speaker who was not clear on my question at all. I couldn’t have been more clear when I said that “I used to be charged $44.99, now I am charged $66.95. Why is my bill higher?”

Because of the change of address, he was not able to figure out how to tell me why my bill increased. He pointed me to the bill itself, which I had read before calling, that had one line on it. It said: High Speed Internet $66.95. Looking back at old bills, they gave the same level of detail.

After telling me he couldn’t help me, I hung up. No thank you for your help. What a waste of time!

About a week later I decided to give it a round two, and called up Comcast again. After my wait, I reached another customer service representative to explain my situation. Again, nothing too complicated. I moved and my bill went up, I wanted to know why.

Again, not much help, but more than the previous call. This representative was able to tell me that I had a discount which expired and the timing coincidentally coincided with my move.

I looked back into my payment history on my favorite account tracking app and found that I did have a discount, but it looked like it expired six months before when my bill went from $29 per month to $44. I was not expecting another discount to expire at the end of the year, but at least now I had something to go on.

I asked if there were any discounts available now, and he said he couldn’t help me. Again I was forced to give up for the time being, but I was on a mission to figure out what was really going on.

The next weekend we decided to have my wife try her luck calling Comcast to see what was going on. Either I have bad luck or she had really good luck, but she reached someone who was actually able to help us!

After a very short conversation, the person my wife got ahold of was able to confirm that a discount we had for one year ended during the billing period when we moved, but she could put us on with someone able to give us a new discount.

A few minutes later, we not only got another full year at the old rate, but we also got a credit from the last two months billed at the higher rate! The phone call saved us $308 over the year. That is a great return on investment for the time to call.

How to Get a Comcast Discount

So, what’s the secret to getting a discount with Comcast? Call, ask nicely, and if you don’t get the answer you want, try again and speak to someone new.

In general, Comcast has deals that they can offer current subscribers as “retention discounts,” to keep us around. The customer acquisition cost is high, so if Comcast can keep a customer with a discount, it is cheaper than losing someone and trying to get them back later on.

In the past, I got the inside scoop that Comcast offered six month discounts but they could not be offered back to back. If one expired, you could wait six months can call for a new six month discount, so you paid full price and a discounted price alternately every six months.

Our most recent experience was a bit different, but persistently calling and asking paid off.

Have you ever dealt with a similar situation? Did you get a discount in the end? What did you have to do to save money? Please share in the comments.

2 thoughts on “Call Comcast to Ask for a Discount”