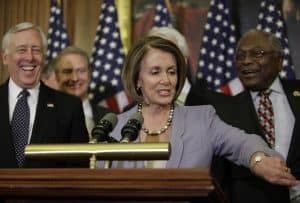 Last night, the United States government made possibly the biggest step forward for the American people in my lifetime.  219 United States House representatives voted to bring long overdue reforms to the US health care system.  We are still behind what is being done in pretty much every other country on the planet, but at least everyone will have insurance.

I know that a huge part (about half) of the country disagrees with meon this.  While I think it is great, some people think that the system works (though I argue just for rich insurance executives) or needs a different type of change, it has been passed and will impact you.  Like it or not, 30 million people, about 10% of the population, that were not insured will be.  Within a couple of years, the term “pre-existing condition” will be extinct.  Everyone will be covered, not matter what, by a health plan.

The bill, once signed, will be rolled out over about ten years.  The first changes will go into effect within the next six month.  After that, each year something new will kick in.  If you want to know how this impacts you, the best resource I have found is from the New York Times.  They have an interactive diagram that tells you exactly what to expect.

The Wall Street Journal gives a good breakdown of what is going to happen each year.  For example, the next two years have this in store:

I also enjoyed Five Cent Nickel’s post on the new legislation.  And, in case you missed the news and want to see how the events unfolded, here is an article from my local paper, The Denver Post, on how everything happened.

I don’t talk about politics often on this blog, I stick to the money.  I don’t know how many of you are Democrats or Republicans, liberals or conservatives, libertarians or communists.  I am interested to see what you all think.  Please give your opinions in the comments.  I hope to see a lively discussion of health care reform here at Narrow Bridge.