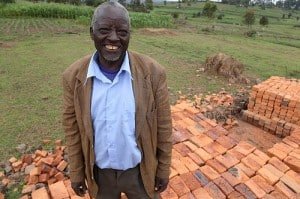 If you are a fan of peer to peer lending, you might be interested in microfinance.  Microfinance is a type of lending designed to help people in poor communities around the world start a small scale business that can completely change their standard of living.

Muhammad Yunus, a banker from Bangladesh, is often credited with bringing microfinance to the mainstream.  His principle is that people in poor communities might only need a small loan to start a profitable business model.  Remember that currencies, exchange rates, and standards of living are completely different in rural Africa and Southeast Asia.  There, $25 or $100 might be all that is needed to change the outlook for an entire family.

Microfinance lenders are small banks accessible by people living in rural areas.  The banks will generally lend money to a community of people, rather than an individual.  Experience has shown that communities are generally very honest when working together, and default rates are much lower.  Remember, rural Africans do not have bank accounts or credit scores, and their economies are generally sustenance based.

Microfinance banks, for the most part, take out large loans from major commercial banks.  While on a trip to New York over the summer, I met the microfinance team for Deutsche Bank.  These lenders do due diligence on the lenders around the world, and give them large sums to lend out in the form of microloans.

While this growing system, which has proven both challenging, risky, and profitable, is able to reach people all over the world, there are still financing shortages.  That is where you can come in.

One major project, called Kiva, is a peer to peer lending facilitator for microloans.  Kiva describes itself as a service that helps you lend to low income entrepreneurs.  You can learn more at about it at Kiva.org.

I like several things about microloans through Kiva.  First off, it is like a charity, though it is not a donation.  When you loan money to someone, you can plan to get that money back with interest.  In $25 increments, you can change the lives of family or village somewhere in a developing part of the world. Lending through Kiva is not risk free.  There is a good chance that these people, living with no financial infrastructure, will not pay the loan back.  However, most do.  The people receiving microloans are generally honest people with a sense of responsibility to pay the loan back.  Kiva facilitates the payment through one of a number of microlenders, and those lenders are responsible for collecting the loan payments and ensuring the transaction is equitable for all parties.

Kiva also allows you to give gifts to friend through loans.  You can give a friend a gift at Kiva that they choose how to distribute.  The goal is, in a few years, that they get the gift money back with interest.  It is not too late for a Chanukah or Christmas gift through Kiva.

The site has been endorsed by political leaders and business people around the world, though it has been criticized for its high loan rates.  Kiva argues that those rates are high because it is important for the banks to offset the high default rate for these types of loans.  Kiva takes funds through a no fee PayPal transaction.

What do you think of Kiva?  Have you tried it?  Have you heard about it?  Please share in the comments.