Please welcome this month’s guest, Sean Merron! Sean is not only a friend of mine, but we actually co-founded a company together called Mastermind Hunt. You may have heard me talking about Mastermind Hunt before, which is a platform that connects people together to run mastermind groups. Please check it out, and listen to this podcast to get a code for a FREE month of Mastermind Hunt!

Now let’s get back to Sean. He’s going to be talking to us about masterminds, financial independence, and his plans to retire by 34! We’ll find out about all those things in today’s Personal Profitability Podcast, so make sure to tune in.

Sean has been working full-time as a software engineer for the past 15 years. When he discovered the concept of financial indepedence/retire early (FIRE) about 7 years ago, he decided to do everything he could to make that happen, including side hustles to make more money. He also became very passionate about personal finance and started a podcast called 2 Frugal Dudes, as well as his site The Early Retirement Roadmap. He also joined mastermind groups, and one group member convinced him to attend FinCon. We met at FinCon, became friends, and the rest is history!

Mastermind Hunt is something we created together, with Sean and his software development background, and my finance and marketing background. It launched this year at FinCon, a little over a month ago. Sean also started another mastermind group at the first FinCon he attended. He knew from experience that finding other people with similar goals and holding each other accountable for those goals was very beneficial.

He decided that starting a mastermind group with people he met at FinCon was the perfect opportunity to keep in touch and get to know them personally. The connections made in his mastermind group helped him and his fellow group members immensely, and really helped establish himself in the personal finance community.

If you couldn’t tell by the name of Sean’s podcast and site, 2 Frugal Dudes and The Early Retirement Roadmap, he is all about lean spending and bigger savings. But that wasn’t always the case.

Out of high school, Sean got a job doing tech support for a bank and making $40,000 a year. For a 17 year old, that was a sizeable amount of money. With that, came opportunities to spend more money on a fancy new car, a big house, and other luxuries. After a while, Sean and his wife realized that they were oblivious to their finances. Once he discovered the concept of early retirement, he started doing everything he could to make it happen. This included being extremely frugal at first, but they were able to pay off $80,000 in debt! He and his wife are now feeling pretty good where they’re at, and are on target for their early retirement.

When Sean decided to pursue early retirement, he first set up his long term goals, like what type of lifestyle he wanted to have. Then he determined what his expenses were, where he could cut back, and how much he needed to save. As he started accumulating wealth, he then determined his investment plan. He needed to decide what type of funds to invest in, what tax advantages he could have, and his portfolio as a whole. The most important thing is to write down a plan and stick to it. When he shared his plans with others, he was encouraged to turn his knowledge into something. This resulted in his first ebook, The Early Retirement Roadmap!

Next week, we’re going to revisit mastermind groups. The week after that, we’re going to talk about FIRE and getting started on your path to financial independence and early retirement. Check in next week to hear Sean and I chat about these great topics!

I’m the author of The Early Retirement Roadmap, creator of FIREAgeCalc.com and co-host of The 2 Frugal Dudes Podcast. Once I discovered that I could access my long-term retirement accounts without a penalty before the age of 60 to retire early using my family’s middle-class income, I never looked back. There are so many people that still don’t know this is possible so I’m paying it forward, sharing my past mistakes and priceless knowledge I’ve gained over the years from my finance reasearch and college education to help more people retire early.

I specifically chose not to become a certified financial advisor so that there would be no special interest to sell you products I’d get a commission on that don’t put your best interest first. I call myself a “self-insurance” broker, teaching people how to save and invest their money to tackle any situation with the power of savings. I finally found my purpose and want to help you reach yours through financial freedom.

My family had $80,000 in consumer debt that we were able to pay off in just over one year and now compound interest makes us tens of thousands of dollars per year in passive income. We were living the typical American dream we’re supposed to live before we broke out of the mold and took our time back. 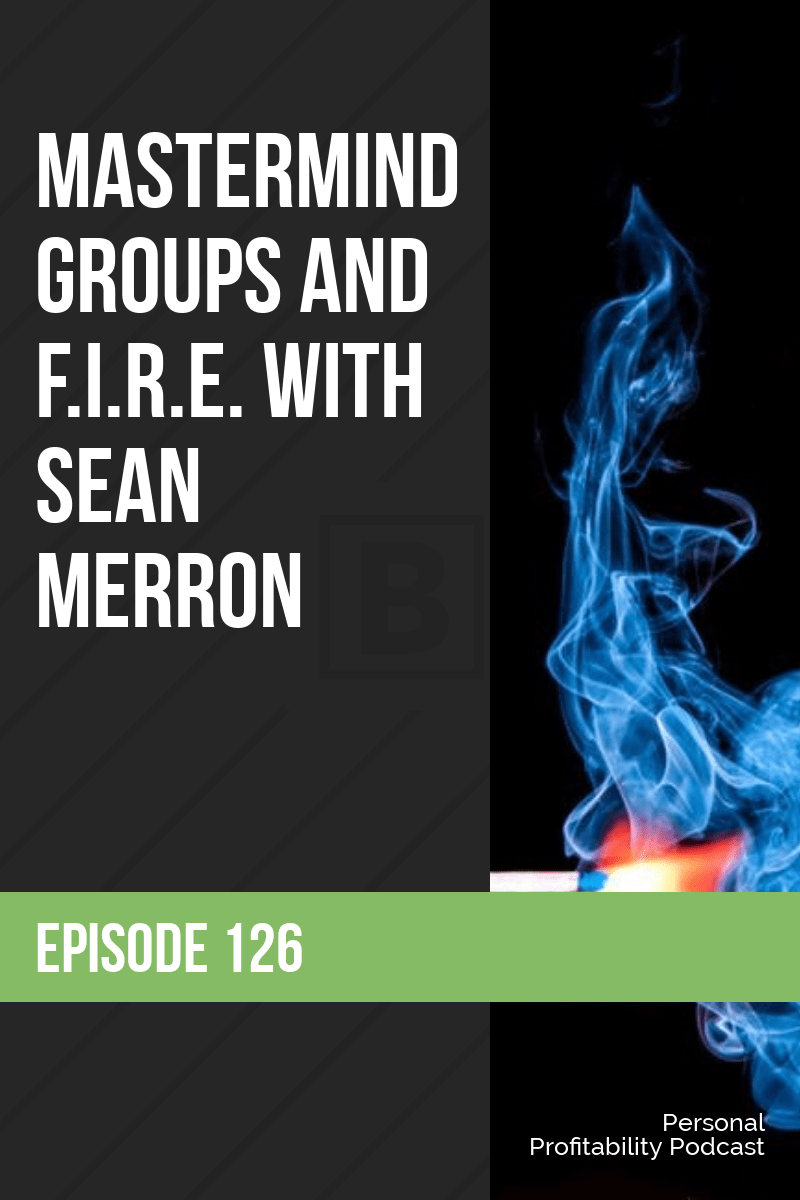 1 thought on “PPP126: Mastermind Groups and F.I.R.E. With Sean Merron”