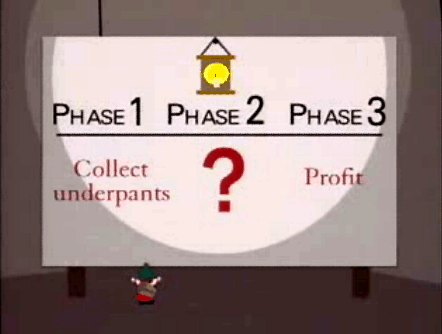 “You sell your soul for an econ degree.” –Mr. Kraft, my AP Microeconomics teacher

A long time ago in a galaxy far, far away… I mean, more like ten years ago about twenty minutes south on I-25, I took my first business and economics classes. Those classes changed my life and my outlook.

I set my business roots at an early age. Investing and finance has run in my blood for generations. My Grandfather was a marketing professor and started teaching me about the stock market, personal finance, investing, and money management at a young age.

My Grandpa Joe grew up during the Great Depression and earned money the old-fashioned way. He worked hard, lived a thrifty lifestyle, and built up significant savings and investments during his life.

My Dad was in the business world my whole life as well. When I was younger, my Dad was involved in merchandise management and retail. That path led him to purchase a video store when I was about six. We had that store for nearly ten years.

I grew up exposed to the entrepreneurial world and the investing world, but I did not realize the impression it left on me until high school.

You know those Boy Scouts that sell popcorn, Gold C books, and Entertainment books? I was the best.

I don’t mean to brag… well, yes I do… but I was the top seller in my troop every year that I put in my best effort. I would go pick up five cases of books and sell every single one. Those book sales paid for my summer camp, ski weekends, and other Scout activities.

Again, I never realized the significance of this until later in life.

My junior year at Cherry Creek High School, I took my first business class. Students were required to take either fine arts or business credits to graduate, and I spent my three semesters in the business side of the world.

My first business class, appropriately named “Introduction to Business Management,” gave me a basic view of business fundamentals. I learned about income statements and balance sheets and real-life business situations that impacted the development of the business environment in the United States. From there, I went on to join the school’s Future Business Leaders of America club, compete in the district and state competitions, and became Treasurer of the club.

It was around that time that I took Mr. Kraft’s class. That teacher, with a different tie every single day of the school year, left more of an impression on me than my fashion sense. We learned about competitive advantage through examples involving pizza, robots, and widgets. We learned about labor markets and management incentives. We discussed the Milton Friedman version of business. Friedman, of course, is famous for his view that the purpose of business is solely to create value for its shareholders.

In my MBA program at the University of Denver, known nationwide for its emphasis in sustainability and responsible business management, we were given a different twist on the business world. In the feel-good world of the “Triple Bottom Line,” where we focus on profit, people, and the environment, more comes into focus than just making money.

That is why I have no problem owing stock in oil, tobacco, and other controversial industries. Someone is going to be making money; it might as well be me.

However, business does not have to be bad for the world. Corporations have solved many of the world’s biggest problems and make a major contribution to society. Walmart installed skylights and tested rooftop wind turbans on a handful of stores. The skylights have been adopted nationwide. They save electricity and make a major impact on fossil fuel use and greenhouse gasses, but also save the company millions of dollars per year in energy bills. That is a win-win. I am a proud Walmart shareholder.

There are dozens of examples like this. At the end of the day, a company’s first responsibility is to its shareholders. At the same time, however, that company can do amazing things for the planet and society. From small acts like adding recycle bins to major campaigns to cut carbon emissions and production waste, companies can make more money by “doing the right thing.”

But the next time you see a protest against a company’s policies, remember its roots. Even Walmart started as a small drug store across the street from city hall in Bentonville, Arkansas. Berkshire Hathaway was an investment fund started by an ambitious young man named Warren. Dell came from a dorm room. Amazon used to be headquartered in a garage.

Every business started somewhere. They came from an idea in the pursuit of profit.

5 thoughts on “Selling Out: Do Business People Have a Soul?”