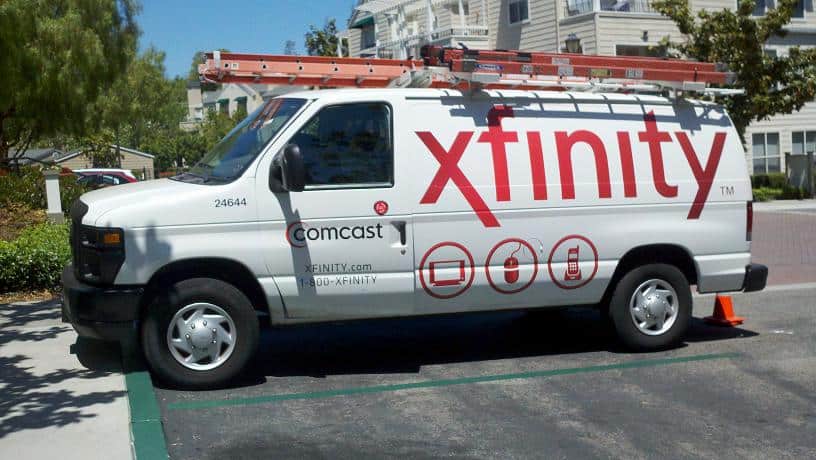 Over the last few months, I kept debating on getting rid of cable.  I rarely watched it.  I spent a ton of money on it.  What was the real reason?  I was just throwing money away.  Well, the time has come.  Goodbye Comcast.  It was nice horrible being your customer.

My problems with Comcast started day one.  They didn’t show up for my first appointment.  When I called, I was told that they did show up and called me to get into the building, which had a fully staffed office that they could have easily walked into, but didn’t.  The reason I didn’t get the call?  They called my social security number.  So much for identity theft security.

They didn’t set it up right, so I had to pay them $22 to get the cable working in my bedroom.  They showed up late for that appointment too, so I got a $20 credit for the installation.  It was only a pain in the ass and $2 to get that TV working.

Last month, I got a postcard in the mail from Comcast.  My bill was going up.  After tax it was going to be $67 per month! Enough is enough, I said.  Time to cut the cord.

I already have a Roku player in my bedroom and an Xbox in my family room, so I have been using Netflix streaming for my primary TV for a while.  I am rarely home on week nights, so I always caught the few shows I care about on Hulu anyway.

I came to realize that the only time I watch TV is in the morning getting ready for work.  I watch the same local news channel every day to check on the traffic and weather.  I can get that channel for free, so I went and got an antenna.

I ended up having to get an expensive antenna, for $40 instead of $15, because of where in the building I set the antenna.  It worked well enough for a week that I was confident making the call.

So yesterday, I made the call.  I was watching Lord of the Rings on TNT when I called.  About ten minutes later, it went black.  I packed up the cable boxes and dropped them off at a Comcast customer service center.

I have one $67 bill left to pay and I will wash my hands of Comcast.  I get cheaper, faster internet from the local phone company.  Price for life is $40 a month for 12 MBPS.  That is plenty fast for Netflix and Hulu.