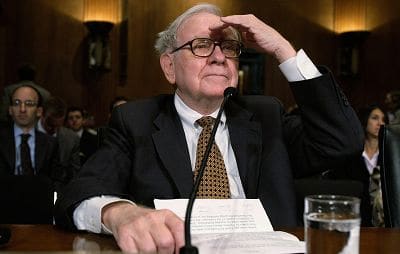 This year, I made my second annual pilgrimage to Omaha to see Warren Buffet and Charlie Munger discuss the future of Berkshire Hathaway. This week is Berkshire Hathaway Week at Narrow Bridge Finance. I will discuss a major topic from the meeting each day for the rest of the week.

As a shareholder, I am interested to see how the company is being managed as I would like my investment to increase in value. As a lifetime learner, I am fascinated to see how the third richest man in the world amassed such a large fortune and led his company to growth that consistently beat the index and created many millionaires.

One question Warren Buffet and Charlie Munger answered related to Berkshire Hathaway’s dividend policy. The company has never paid a dividend and, until the recent purchase of Burlington Northern Santa Fe Railway, had never split. The stock has just increased in value every single year, except for two, since the company’s inception.

Buffet said that he feels strongly about the company’s dividend policy. Every year, the company’s managers work hard to allocate capital to projects that will return more than one dollar in book value per share for each dollar invested.

This is a fantastic concept and the core of Warren Buffet’s, and his well known teacher Benjamin Graham’s, investment strategy.

Buffet said that the company continues to find investment opportunities that create a great return for shareholders. The recent high profile purchases of Burlington Northern Santa Fe Railway and Lubrizol are proof of the continued drive to increase value. The BNSF takeover has outperformed expectations and has created a major cash stream for the company.

A less understood, but incredibly large, portion of the company is invested in insurance. General RE and other segments require a strong capital structure to produce historically high returns, but must be liquid in case the cash is needed, as was the case with the recent Christchurch, New Zealand and Japanese earthquakes.

Over time, however, the portfolio companies generate cash that has to be used for something. It will either be used to invest or must be returned to the shareholders.

Buffet said that the stream of large investment opportunities will not last forever. Some companies are too big to incorporate and others are too small to be worthwhile for such a large company. The sweet spot in the middle is difficult to come by, and the number of opportunities is decreasing.

With that in mind, Buffet said that Berkshire Hathaway would inevitably have to pay a dividend some day. If the company cannot find an investment worth more than a dollar, it is better to return the dollar to the shareholders.

He hopes that day is far away, but it will come some day. He expects that the stock will drop when that day comes, as it is an admission by the managers that they can no longer perform to the levels of the past.

My Take on It

Buffet had a sad tone in his voice when he admitted that opportunities would inevitably dry up, but I have faith that there is a long enough runway that we will not see this situation come up in the near future.

Apple PodcastsGoogle PodcastsAndroidby EmailRSSMore Subscribe Options
Manage your privacy
To provide the best experiences, we use technologies like cookies to store and/or access device information. Consenting to these technologies will allow us to process data such as browsing behavior or unique IDs on this site. Not consenting or withdrawing consent, may adversely affect certain features and functions.
Manage options Manage services Manage vendors Read more about these purposes
Manage options
{title} {title} {title}
Exit mobile version